Wednesday was a horrible day weather-wise in a lot of Japan, making travel to Emperor’s Cup games for both players & supporters difficult – FC Osaka had their travel plans disrupted on their way to play Yokohama F.Marinos. But, those hardy souls who did make their way to games were rewarded with some exciting games and some giant-killings.

What better way to start a round up of the second round of the Emperor’s Cup by saluting the students of Tsukuba University who saw off J1 side Vegalta Sendai in rainy conditions at Yurtec Stadium. The students from Ibaraki prefecture took the lead early on through Karou Mitoma’s superb solo goal, but were pegged back by two Yoshihiro Nakano goals. Sendai midfielder Ryang Yong-gi missed a glorious chance to put the hosts out of sight when he headed straight at Tsukuba’s ‘keeper from close range and Sendai lived to regret that miss as goals from Seiya Nakano & Mitoma’s second secured Tsukuba’s first ever victory over a top flight team.

On a night of shocks, Iwaki FC’s demolition of Consadole Sapporo has to go down as one of the most eye-catching in recent memory. Iwaki were leading 1-0 in Sapporo going into to second half injury time, but Consa forward Reis leveled things up. However, Iwaki immediately went back up the other end to retake the lead in the 94th minute. Game over. Or not, as Reis saved Consa’s skin again by netting a last kick equalizer – the thrid goal in a crazy period of additional time. If you thought momentum would be with Sapporo and not with the deflated Iwaki FC, you were wrong as Iwaki blitzed Sapporo with three goals in extra time to earn a scarcely believable 5-2 win. 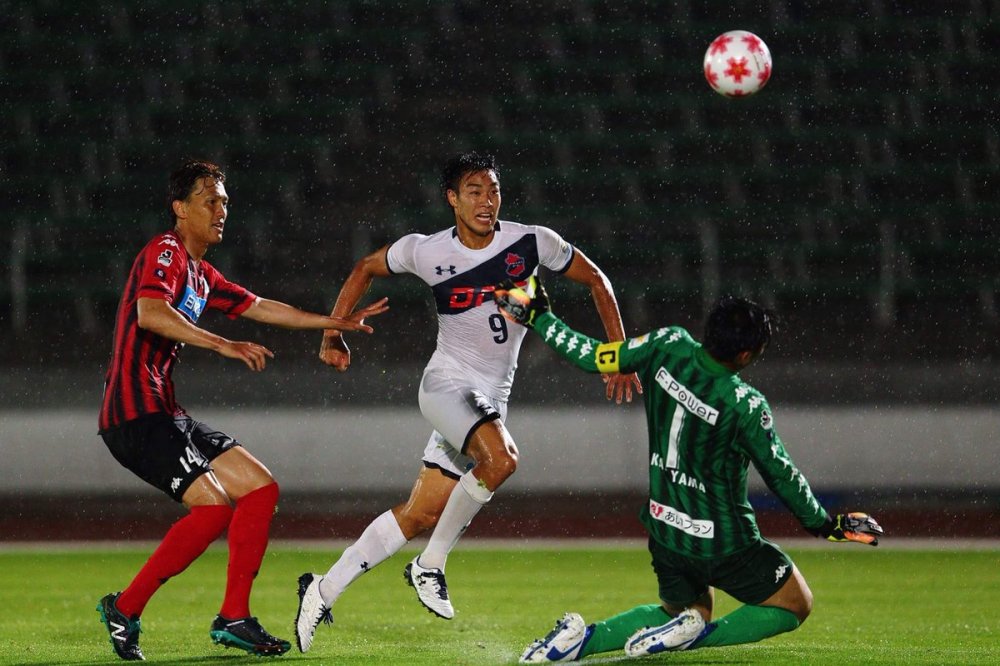 Vanraure Hachinohe from the JFL secured a giant-killing of their own by dumping out J1 side Ventforet Kofu at the Chuo Bank Stadium. Long serving defender Ryosuke Narita’s second half goal enough to see the underdogs through despite late pressure from the hosts. Vanruare’s reward is a plum home tie against Nagoya Grampus in the third round. 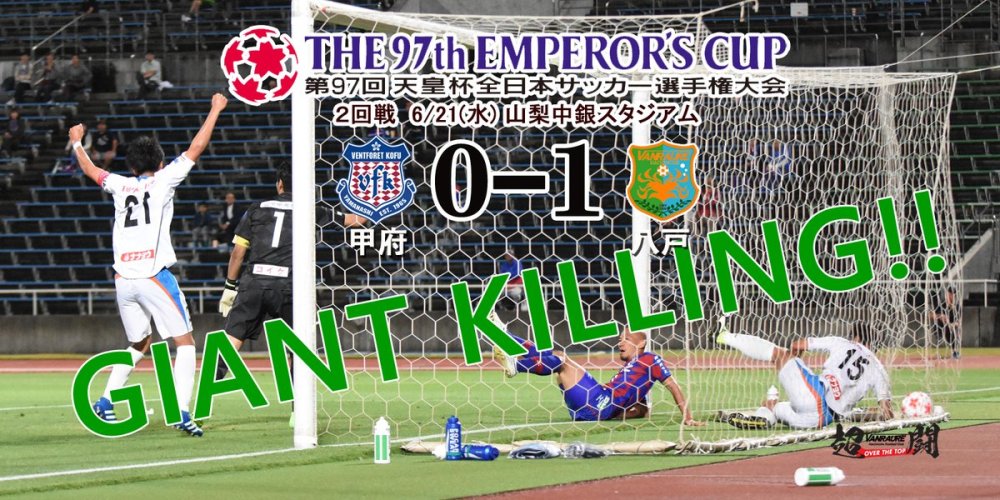 In the capital, Shoya Nakajima’s 65th minute goal looked to have secured a narrow for FC Tokyo against J3 side Nagano Parceiro, but Takashi Uchino’s late leveler forced extra time, a period where neither side could force a winner. In the shoot out, it was FC Tokyo’s Takuma Abe who was the only one to fail from the spot as Nagano completed another famous victory to add to their burgeoning reputation. 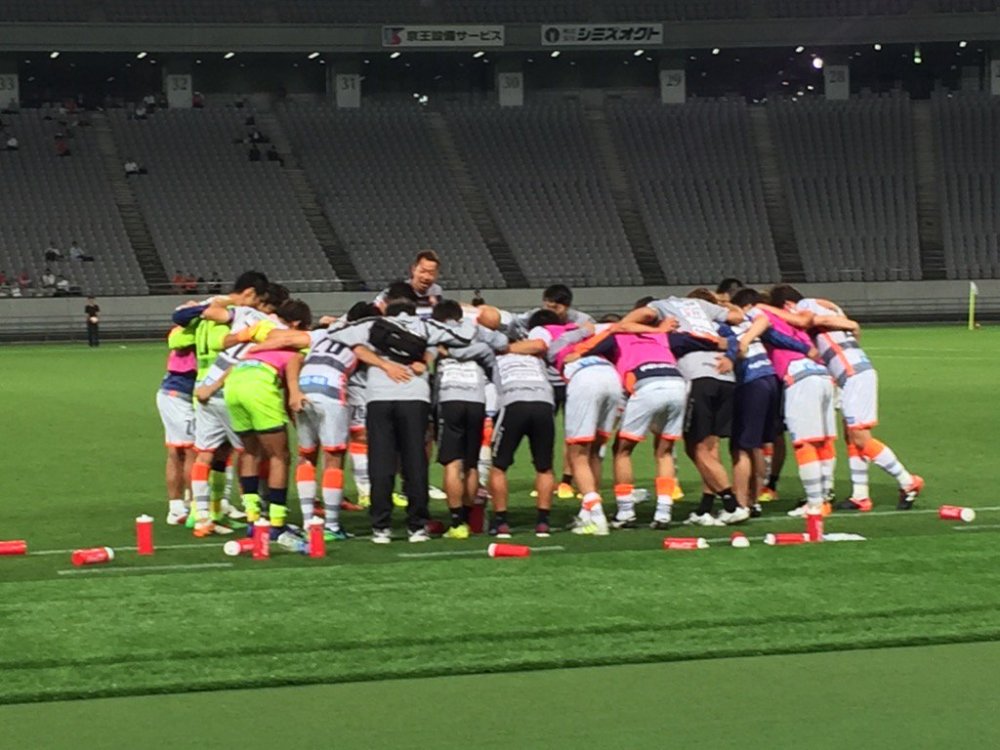 Somewhat under the radar, but no less of an achievement, Azul Claro Numazu newly promoted to J3 this year, knocked out J2 side Kyoto Sanga at Nishikyogoku. Masanobu Komaki’s second half goal proving enough to knock out their higher ranked opponents in front of just 1,067 spectators.

Urawa Reds made hard work of J3 strugglers Grulla Morioka, overcoming them 3-2, while that was also the score in Hiroshima where Sanfrecce also squeezed past J3 opposition, beating Kagoshima United. Other J1 teams to go through included Kawasaki Frontale who saw off JFL side Tochigi Uva 2-0 at Todoroki, Kashiwa Reysol, who edged Briobecca Urayasu 1-0 thanks to Ramon Lopes’ second half strike, and Shimizu S-Pulse who saw of J3 side Giravanz Kitakyushu by a score of 4-1 at Nihondaira.

Shonan Bellmare needed extra time to see off Kokushikan University in Hiratsuka with Yoshihito Fujita’s winner coming in the 108th minute of the tie. Other university sides put up valiant efforts on the night – Miyazaki Sangyo Keiei Uni gave J2 pacesetters Avispa Fukuoka a real fright when they recovered from being 0-3 down to bring it back to 2-3 with just three minutes remaining, but Avispa notched a fourth to secure their path through, while in Osaka Niigata Medical University found themselves 0-2 down early on against a strong Cerezo Osaka side, but managed to limit the damage from thereon out.