In the latest part of our look at the current J.League landscape, Ryan Steele – @Steelinho –  gives us the ups & downs on Urawa’s goal-laden first few months of the season.

1. Urawa have been goal crazy this year, racking up goals like they’re going out of fashion. Why are Urawa able to score so many? Is it the system or the players?

It’s definitely a mixture of the two, with a couple of tweaks for both really sparking what Mihailo Petrovic has been looking to achieve with this team during his tenure at the club. The injection of pace from newcomers Rafael Silva and Yoshiaki Komai has allowed the team to make better use of their numerical advantage up front, giving them more options in how they attack over the expected patient buildup through the lines. Likewise, the workrate seems to have increased a noticeable amount with the added competition for starting positions.

The system had largely been a work in progress, with Petrovic looking to build a squad that meets his requirements and there are only four players remaining at the club from a pre-Petrovic era (if you include Yuki Abe, who rejoined from Leicester in Petrovic’s first month at the club). That, from my perspective, shows his intention to build a team with a heavy attacking intent, and his yearly signings in attacking positions shows that he has been looking for the perfect fit between structure and squad.

2. In this site’s preview of the season, I said that Wataru Endo’s performances would be a key indicator of how Reds’ season would go. How has he done so far? 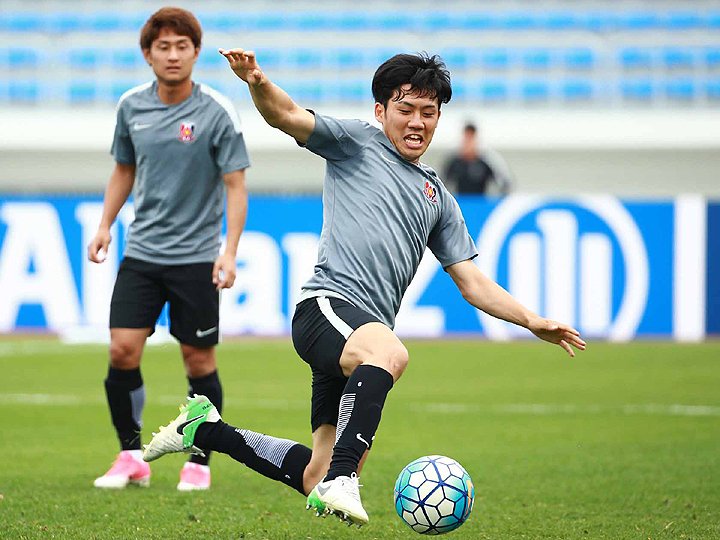 He was and continues to be a core part of the structure of the team, both as the central member of the defensive trio and as a partner to Yuki Abe in the team’s buildup from the back. As with the rest of the team, he’s prone to falling apart against the speed of opposition counterattacks and his height makes him a target for opposition coaches with crosses, but these problems are somewhat more symptomatic of the team’s structure over his own inability and he has proven himself more than valuable for Mihailo Petrovic’s preferred playstyle.

3. Wing backs are a huge part of Urawa’s system. Why are they vital, and how have they been performing thus far?

There are two positions to provide width in the team shape, meaning the central areas are quite congested. Wide players in most teams are typically used solely for functions in those areas – i.e. crosses, stretching the opposition defences and pressing the opposition into tighter/congested areas to win the ball – but with Urawa’s “shape shifting” system that is somewhat unique by J.League standards, and overlapping runs from Tomoaki Makino and Ryota Moriwaki, the roles of Petrovic’s wide players also includes covering a variety of positions at both ends of the pitch. The regulars in these positions this season, Tomoya Ugajin, Takahiro Sekine and Yoshiaki Komai have all adapted to the system well and the latter two, being less experienced, are showing a lot more confidence in their ability. Ugajin has become a valuable asset for Mihailo Petrovic, having spent parts of the 2016 season learning to become part of the back three in the absence of Makino or Moriwaki, and has become trusted by the manager as part of that back line.

4. Despite scoring so many goals, Urawa are still bunched together with a lot of other clubs in the table. What do they need to do in order to stamp their authority on the league?

Despite the average of 2.75 goals scored per game, significantly more than any other team, they have still conceded over a goal per game, with nine teams better than them in that respect. Their vulnerabilities at the back saw them lose pole position, notability their openness in attack allowing for fast counters from the opposition to catch the back line completely out of shape and outnumber the defence in the penalty area. Mentality-wise, they still struggle in drops of form and pressure situations. While they can be a serious threat when they are in form, they are prone to falling apart and their performance suffers significantly in these moments. This has been a major reason for their collapses towards the ends of seasons and in knockout rounds of competitions, making it a crucial aspect for Mihailo Petrovic to improve upon this season.

5. Is it league title or bust for coach Mihailo Petrovic?

This is now the sixth season with Petrovic as the manager and he’s earned a couple of “J.League Stage” trophies and a J.League Cup to show for his tenure. While they could be considered a significant improvement on a team that had barely survived relegation when he took over, the team’s struggles to capture a major title adds some pressure on Petrovic to secure something of note this year. The return to a home/away system for this year’s domestic league also takes away the opportunity to pick up smaller trophies that have kept him in the position over the last few years, also meaning the team can’t rely as much on other teams’ results and need to improve upon previous years. Having also spent so many years at the club, he has now had the opportunity to build and develop a squad that completely represents his philosophy, meaning more questions should and will be asked of him if he isn’t capable of lifting a trophy in either the J.League or Emperor’s Cup, or at the very least pushing forward to a significant round in the AFC Champions League.

Thanks for that Ryan, I think we’re going to continue to see some entertaining football, but whether or not it is enough to bring them the J.League trophy remains to be seen.