…but we’re not heading for Venus. We are heading in the other direction (down, not up, in case you were wondering). Some are heading for the capital of Relegationistan: J2. Want to know the ins & outs of the relegation run-in? @AgentOrange2009 knows you do, and has prepared this rather spiffy guide for you.

Here is the down on dirty things you might find interesting about the last 5 matches of the season. Relegation 6 pointers italicized.

There are a lot of things going on in Jubilo’s advantage in the relegation picture. They have the most points of the bottom 6 and the most goals scored, along with a comparatively good goal differential. In the first stage, Jubilo finished with a 3-0-2 record against their final five opponents, actually taking losses against Shonan and Nagoya….these matches could really go either way. I’d also argue that they have the best core of attackers and best keeper in this bucket of relegation no-hopefuls.

It’s possible. Jubilo is a dismal 1-5-6 in the second stage with 23 goals allowed and a -10 goal differential. They’ve had trouble not only keeping opponents of the scoreboard, allowing 2 or more goals in 7 of their 12 second stage matches, they’ve also been unable to keep leads. Looks like mentally they are a bit fragile.

Avram Papodopolous is out against Shonan with a red card. Forward Jay Bothyroyd, Midfielders Hayao Kawabe, and Tomohiko Miyazaki, and Defenders Yoshiaki Fujita and Shun Morishita are all one card away from taking a break.

Kofu has perfected the dark arts of grinding out enough results to barely survive. Here’s a fun fact….Ventforet Kofu was actually in 17th place when they let their main scoring threat Cristiano flee for Kashiwa. they now sit in 14th place, 5 points above relegation. Satoru Sakuma has become a master of cobbling together spare parts consisting of journeymen, rejects, projects, and J League senior citizens in order to stay afloat in J1. If there was a year that they should have gone down, this would be it. However, their ability to find ways to survive is amazing. Bringing back Marquinhos Parana seems to have been a masterstroke, the team is 3-3-2 since he retook his spot in the starting 11. Was he the inspiration for Nagoya to bring back Tulio?

Second stage leading scorer Dudu went down with injury against Gamba and is essentially out for the rest of the season barring a very fast recovery. That’s bad. Kofu has replaced him with Davi, who has yet to score in his return. Ryohei Arai missed last match with an undisclosed knock and is a question for future games. Here’s a fun fact! Kofu started 2 players who were over 40 years of age in their 1-1 draw against Sendai. 39 year old Marquinhos Parana and 36 year old Hideomi Yamamoto also featured on the day. That’s a lot of experience….also a lot of old legs. Here’s the thing…if they get stuck in the mire, are they going to have the legs to grind out a win?

Defender Masaru Matsuhashi is the only one who is close to yellow card peril with 2.

Final Prediction-They will need 2 wins to make sure they pull through…of course unless they don’t. (33 points and around for another year. The win will come against someone unlikely) 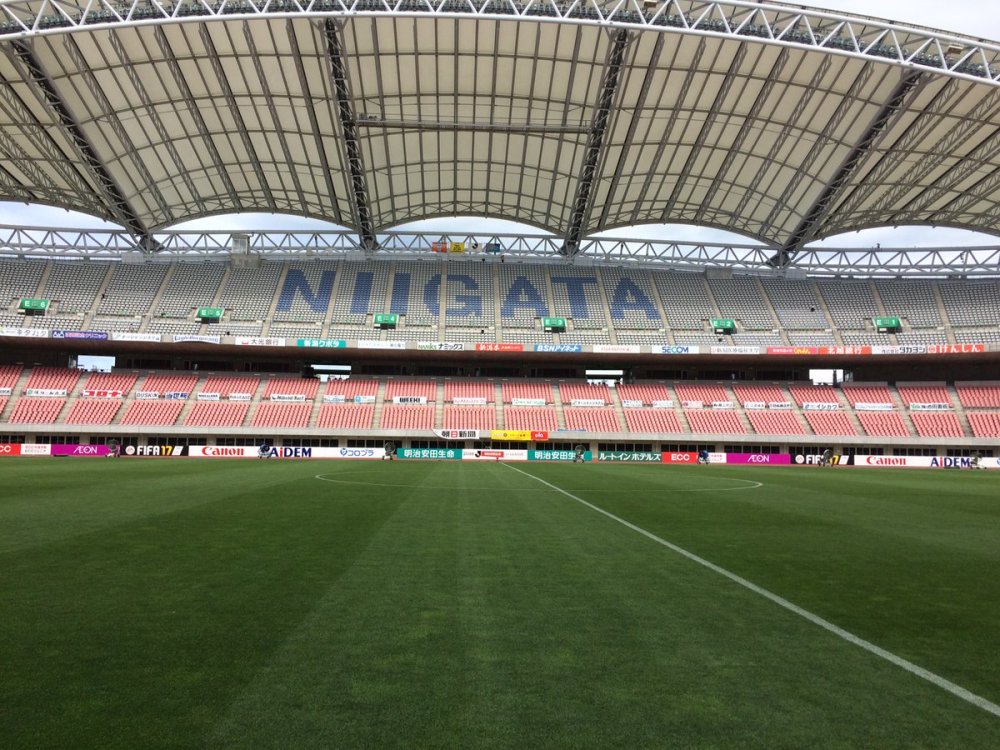 4 points in hand is always good, unless it is because of a strength of schedule blip. Four of their last 5 matches are against 2nd through 5th place in the table. They were a combined 0-2-3 in the first stage. One thing that Albirex has in their favor is Leo Silva, arguably the best player in the bottom six. He has the best ability to take over a match if he’s having a good day. Rafael Silva has been a dependaple threat on the offense in a team that lacks bit up front….at the moment they are kind of a two man team.

Absolutely. They have been flirting with relegation for a couple of years now, earning a dubious record last year of being the team with the lowest number of points to survive a relegation with 34. Defenders Michael James and Kazunari Ono have been in and out of the lineup all season. Against Yokohama, manager Tatsuma Yoshida went with Shigeto Masuda (who was plying his trade with then J3 superteam Machida Zelvia) and Ryoma Nishimura (who spent his last two years with JFL side Azul Claro Numazu). Excited about that pairing versus a who’s who of title contenders? Me neither.

Forward Hiroshi Ibusuki leads a formidable list of dudes who are going to find their way to the bench if they pick up another yellow. Defenders Michael James and Cortes, Midfielder Kei Koizumi, and Forward Ryohei Yamazaki make up a potpourri of players in peril.

Final Prediction-Gonna need 5 to survive (29 points….I think they draw with Jubilo and Urawa, and subsequently drop)

Since the hiring of Bosko Djurovski (and the subsequent bludgeoning of the premise of my seminal “Droppers” piece), mood around the Land of the Prius has taken a swift upturn. Nagoya still finds themselves in a 4 point hole, but their final stretch is less than daunting. 4 of the teams 6 points have come after the dual moves to put Djurovski and Tulio in charge of the squad, the 3-1 Gamba hiccup non-withstanding. I wouldn’t call the team good at the moment, especially with Michio Yasuda doing his best to find his way onto another club next year, but it feels like they have a good tailwind going into the final five.

Oh, God yes. This is still a team who won once in their last 20 matches. Sendai is tough at home, Kobe is a scoring machine, and Fukuoka is a wildcard. Also, Nagoya doesn’t control their own destiny.

MF Tomokazu Myojin and FW Kisho Yano are one card away from vacation. That would be concerning…..if this was 2008.

Final Prediction – Gonna take 8 points to squeak by (31 points….it’s Nagoya, they never get relegated. Just like I said before I said something different)

THE ONE AND DONES

Avispa Fukuoka and Shonan Bellmare are both on 19 points with bad goal differentials. Both have a magic number of 7 at the moment. They remain safe for the weekend but could possibly drop as early as October 1st. Of the two, I’d argue Avispa has the brighter outlook, although Shonan might have a slightly easier schedule. At this point, both teams could be in a position to determine who goes down with them in 2017. If either one wins however, and Nagoya and Albirex or Kofu lose, I will upgrade them to possible survival candidates. As of now, it’s likely that both drop. Although I wouldn’t mind one or both confounding expectations.

ON THE NEXT EPISODE OF RELEGATIONISTAN…….October Surprise?